Violets made of thorns 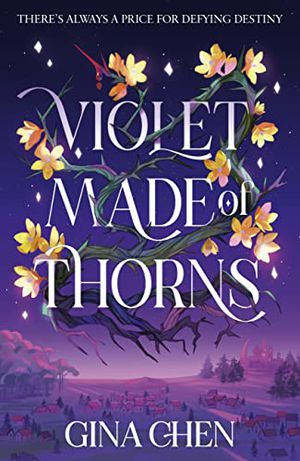 'Beautifully vicious' Chloe Gong There's always a price for defying destiny. Violet is a prophet and a liar, influencing the court as Seer with her cleverly phrased - and not always true - divinations. Honesty is for suckers, like the oh-so-not-charming Prince Cyrus, who plans to strip her of her title once he's crowned. After the king asks her to falsely prophesy Cyrus's love story for an upcoming ball, Violet awakens a dreaded curse about the prince's future bride. Her wits may protect her in the cutthroat court, but they can't protect her against fate - nor the doomed attraction growing between her and the prince . . . The first in a darkly enchanting fairytale-tinged fantasy duology about a morally grey witch, a cursed prince, and a prophecy that ignites their fate-twisted destinies, perfect for fans of The Cruel Prince and Serpent & Dove.