Life of a planthunter 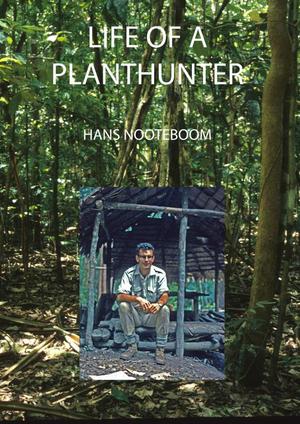 Hans Peter Nooteboom was born in the Netherlands East Indies and lived in the Netherlands during the war where he witnessed the fight fort the military airport of Valkenburg and the dropping of food towards the end of the war. During the hunger winter he was some months in the province of Friesland where there was enough food. Here he witnessed the local end of the war because the village he lived was liberated by Canadian troops using bren gun carriers.After his study of biology he became plant taxonomist and made several expeditions to i.e. Thailand, Indonesia, Malaysia, Ceylon and China to collect plants for the Rijksherbarium. As member of the scientific committee of the foundation Keurhout and of the board of IUCN, the Netherlands he was part of missions evaluating forestry in Burma and Canada. Also he travelled to Australia, Cambodia, and Vietnam. He was secretary/ treasurer of the Netherlands foundation for international nature conservation, de van Tienhoven foundation.