The voyages of Adriaan van Berkel to Guiana 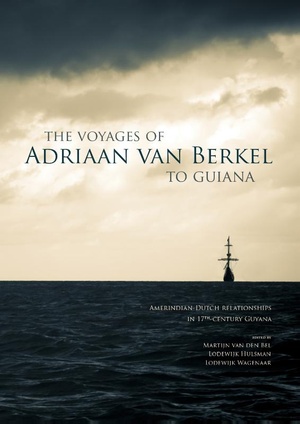 This book is a reissue of the travelogue of Adriaan van Berkel, first published in 1695 by Johan ten Hoorn in Amsterdam. The first part deals with Van Berkel's adventures in the Dutch colony located on the Berbice River in the Guianas; the second part is a description of Surinam, the adjacent colony the Dutch took over from the British in 1667.

This reissue, edited by Martijn van den Bel, Lodewijk Hulsman and Lodewijk Wagenaar, contains a new annotated English translation as well as an integral rendition of the original Dutch text. In addition, an in-depth introduction contextualizing Adriaan van Berkel and his travels is included. What was the raison d'être of the Dutch presence in the Guianas? Who was this young man who, at age 23, left the Netherlands to serve as a colonial secretary in Berbice? His four-year stay and fascinating encounters with local Amerindians are commented on by two specialists in Amerindian history: Van den Bel and Hulsman.
During the 17th century the inhabitants of Netherlands knew little about the Dutch colonies in the Guianas, the area between Brazil and Venezuela. By studying newspapers, published between 1667 and 1695, Lodewijk Wagenaar (former Senior Curator of the Amsterdam Museum) discovered surprising news items. Van Berkel's account of the armed conflict with the Indians for example closely matched the contemporary newspaper reports.

The second part of Van Berkel's book contains a description of his travels to Surinam. It was already known from research by Walter E. Roth that this part was largely based on a literal translation of a 1667 publication entitled An Impartial Description of Surinam by George Warren. Wagenaar's recent research, however, proves that the final chapters of this section too were copied from other sources. Van Berkel's 'eye-witness-reports' of the murder of Governor Cornelis van Aerssen in 1688, and the French raid of 1689, were in fact copied from Dutch newspapers. This second journey to Surinam was concocted by the publisher Johan ten Hoorn!